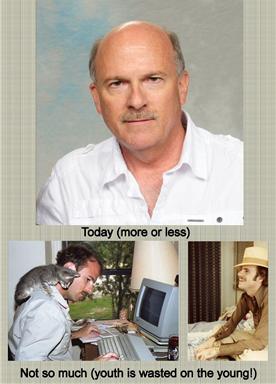 Forrest Carr graduated from the University of Memphis with a Bachelor of Arts degree in Communications in May of 1980.  After a brief stint as a radio reporter, he switched to television, beginning as a copy writer and fill-in reporter before moving into newscast producing.   Carr became a TV news director in 1997.  He has worked in the Memphis, San Antonio, Tampa, Fort Myers, Albuquerque, and Tucson television markets, serving as news director in the latter four (including twice in Tucson).  During his first stint as news director in Tucson, Carr launched the innovative "Viewers' Bill of Rights."  He has received or shared credit in more than 90 professional awards, including a Suncoast Regional Emmy for investigative reporting, two regional Edward R. Murrow awards for investigative reporting, a Walter Cronkite large-market station award for excellence in television political journalism, and most recently, a national Edward R. Murrow station award for best website.  Carr is author of the crime/newsroom novel Messages and the sci-fi novel A Journal of the Crazy Year, and is a co-author of Broadcast News Handbook, a college textbook published by McGraw-Hill, now in its fifth edition.  He is a long-time fan of old school science fiction, particularly the works of Robert Heinlein.  Carr resides in Tucson, Arizona with his wife Deborah and their two cats Ellis and Mina, a.k.a. Butthead 1 and Butthead Also.